Presenters:
Alessandro Ludovico (Italia)
Alessandro Ludovico, 1969, lives and works in Bari, Italy. He’s a media critic and editor in chief of Neural magazine from 1993, (Honorary Mention, Prix Ars Electronica 2004). He’s one of the founding contributors of the Nettime community and one of the founders of ‘Mag.Net (Electronic Cultural Publishers organization). He was also an advisor for the Documenta 12′s Magazine Project and he teaches at the Academy of Art in Carrara. Since 2005 with Ubermorgen and Paolo Cirio he has realized art projects such as ‘Google Will Eat Itself’ (Honorary Mention Prix Ars Electronica 2005, Rhizome Commission 2005, nomination Transmediale Award 2006) and ‘Amazon Noir’ (2nd prize Transmediale Award 2008).

Jaime Villarreal (Mexico)
Jaime Villarreal is an artist, technologist and researcher whose work explores the use of emerging technologies and electronic media as tools for creative expression. He works at the Centro Multimedia of the National Center for Arts of Mexico where he researches and develops creative applications of computer graphics programming and electronics. He is 1/2 of the electropunk/hardcore band “555vs666″ and 1/3 of the audiovisual performance group “rrr”. Jaime will be performing with his collaborators Sonida RRR live from Mexico City using networked electronic instruments. Dublin heads will also be taking part using instruments they’ve built in local workshops at NCAD and the Science Gallery.

Ivan Twohig (Ireland):
Ivan Twohig is  a visual artist, designer and educator.He is Director of Technology at Parsons Paris – The New School. He works between Paris, Ireland and the Internet. 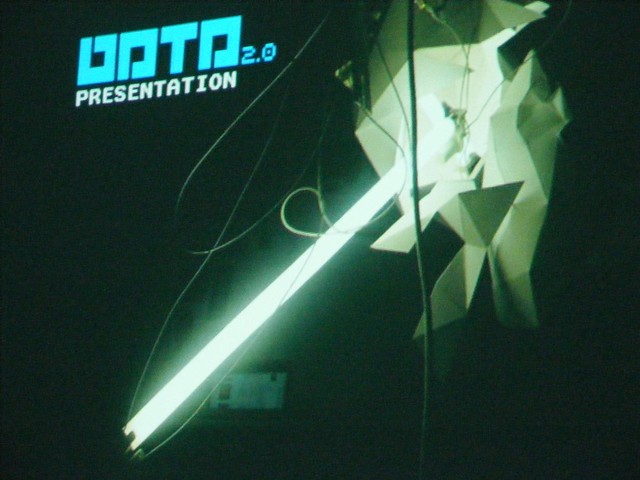 Jaime Villarreal (Mexico) is an artist, technologist and researcher