Dr. Sarah Cook
Dr. Sarah Cook is a curator of media art and co-founder of CRUMB, an international website and mailing list for media art curators (http://www.crumbweb.org). She also holds a post-doctoral research position at the University of Sunderland (Leverhulme Early Career fellowship 2006-2008), where she has been working with Professor BerylGraham; they have co-authored a book on curatorial practice and new media art, forthcoming from MIT Press. In 2008, Sarah will be an AHRC-funded Curatorial Fellow at EYEBEAM in New York. Sarah’s recent curatorial projects include “Broadcast Yourself” (http://databaseimaginary.banff.org) and “The Art Formerly Known As New Media” (also with Steve Dietz) to celebrate the 10th anniversary of new media art research at Banff. Sarah will talk about the background curatorial processes of these exhibitions, and the issues surrounding the installation and documentation of new media art.

Rob Costello
Robert Costello is a recent graduate of NCAD and performs live electronic music under the name Sounds of System Breakdown. For D.A.T.A. he will be talking about his practice including his new work ‘?XY?’ which is a synesthetic artwork that relates physical position to automatically generated audio. The participant can explore the effects created by musical parameters such as pitch, tone, harmony and phase by walking around the gallery space while wearing a set of headphones.

Alan Butler
Alan Butler is an artist living and working in Dublin. His work has been exhibited internationally and he has curated exhibitions for the Dublin Fringe Festival, Monster Truck Gallery and Studios and Temple Bar Gallery & Studios. For D.A.T.A he will be talking about his own art practice and various projects he has worked on. www.newmediaart.co.uk

K Bear Koss
Whether it is paintings or interactive sculptures, Koss’ body of work is influenced by, and comments upon, over a decade of research into physiological and psychological growth and development. Recent projects have focused on creating dialogue on the increasing intimacy between biological and technological systems. He has lectured at Vincennes University and DePauw University in the USA, and The National College of Art and Design in Dublin, and is currently the director of Moxie Studios in Dublin. 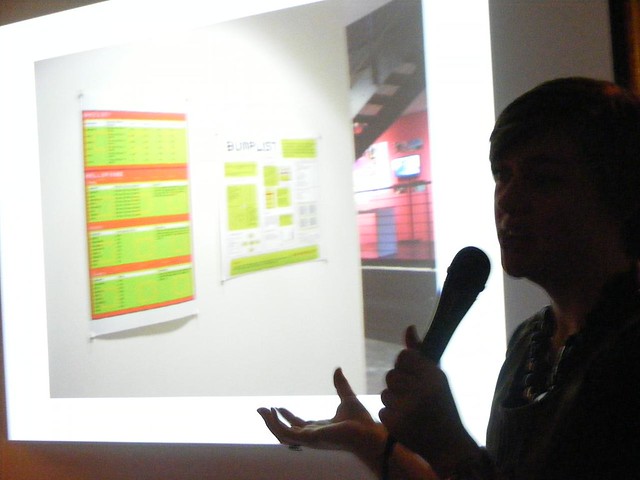